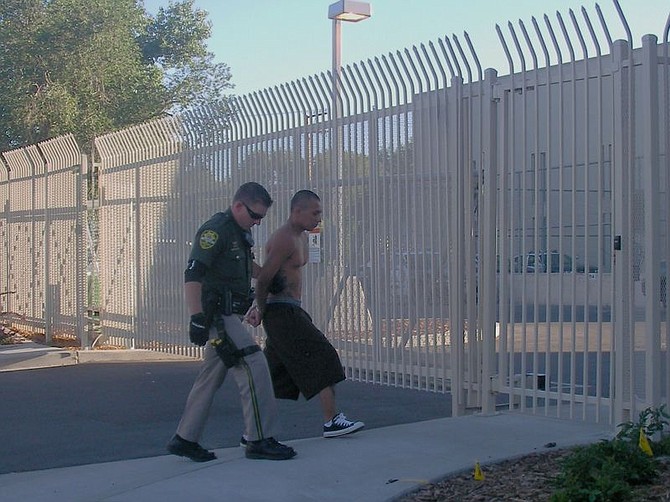 A Carson City deputy walks Ricardo Llamas into the jail this afternoon. Llamas and John Turner, both 19, were arrested on suspicion of attempted murder in connection with a shooting at a Woodside Drive apartment complex early Saturday morning