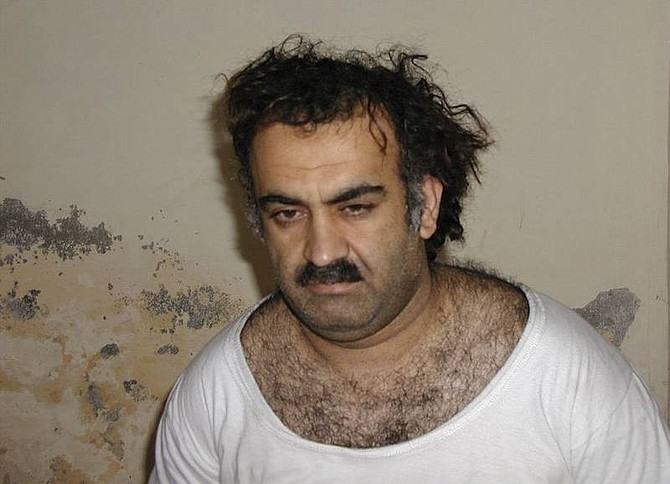 AP Photo-FileKhalid Sheikh Mohammed, the alleged Sept. 11 mastermind, is seen shortly after his capture during a raid in Pakistan in this file photo from March 1, 2003 in this file photo obtained by the Associated Press. Mohammed, who could face the death penalty for his role in the Sept. 11 attacks, has been peppering his military lawyer with questions in advance of his war crimes trial at Guantanamo, the attorney tells The Associated Press.