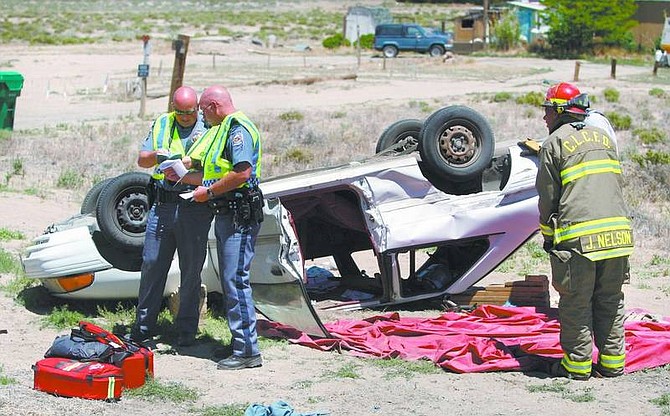 Cathleen Allison/Nevada Appeal Two Silver Springs residents were taken by Care Flight to a Reno hospital following an accident on Highway 95A near Ramsey Weeks Cutoff.