WWII vet who earned Medal of Honor at 17 has died 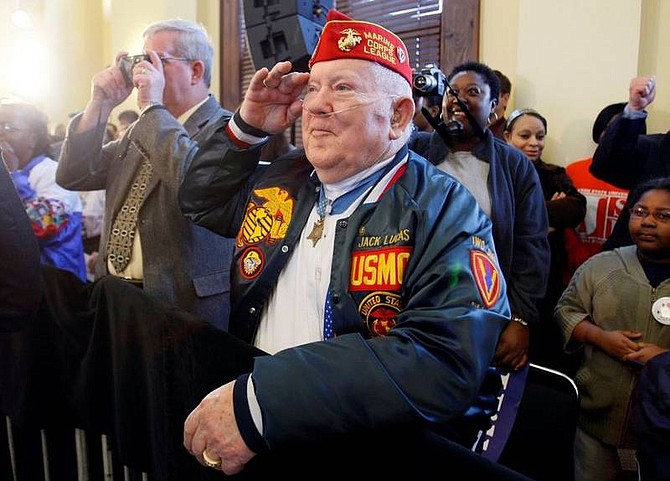 AP Photo/Carolyn KasterIn a March 7, 2008 file photo, Medal of Honor recipient Jack Lucas, 80, salutes Democratic presidential hopeful Sen. Hillary Rodham Clinton, D-N.Y., as she acknowledges him during a campaign stop at the train depot in Hattiesburg, Miss. Lucas died Thursday, June 5, 2008, in a Hattiesburg, Miss., hospital. He was 80. Lucas was just six days past his 17th birthday in February 1945 when his heroism at Iwo Jima earned him the nation&#039;s highest military honor.