The start of something big 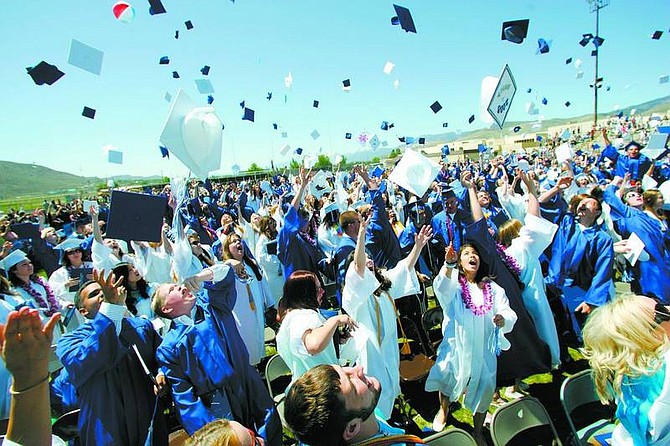 BRAD HORN/Nevada Appeal Carson High School&#039;s class of 2008 throws their caps in the air after being announced graduates on the Carson High School football field on Saturday. For more photos from the graduation visit www.nevadaappeal.com and click on photo galleries. A complete list of graduates appear on A11.