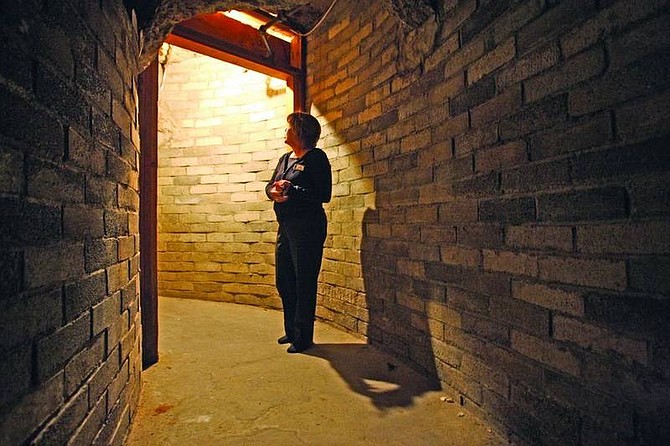 Jen Schmidt/Nevada Appeal News ServiceCal Neva employee Debbie Oliphant stands, looking up the stairs that lead to Frank Sinatra&#039;s cabin in the infamous paparazzi-proof tunnel that connected to various spots inside the hotel, including the Indian Room and the Showroom.