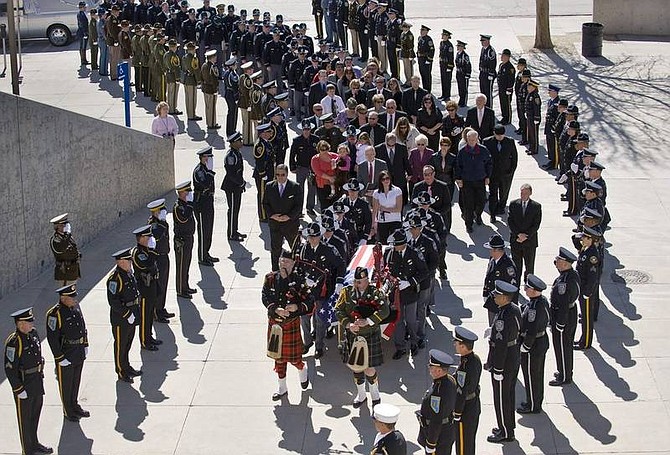 The family of fallen Nevada Highway Patrol officer Kara Kelly-Borgognone follow the casket during the funeral services held Wednesday for her at the Lawlor Events Center in Reno. Kelly-Borgognone was killed last week in a traffic accident while responding to a bomb threat call. Scott Sady/Associated Press