A happy ending to tale of dog lost on C-Hill 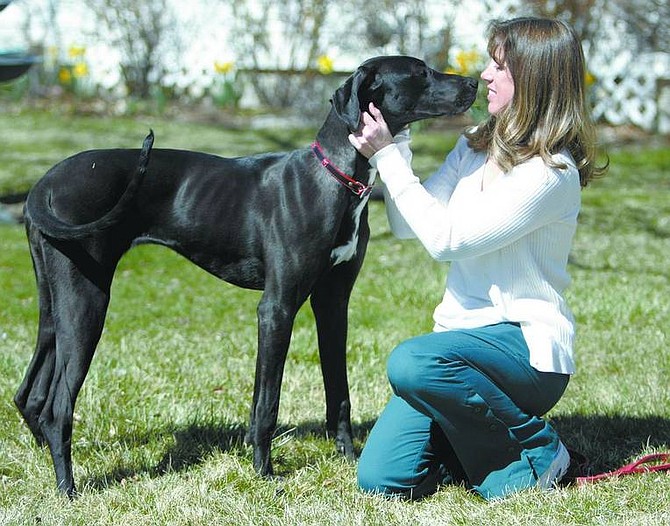 Amy Lisenbe/Nevada Appeal Buffy Cooper of Carson City spends some quality time with her 9-month-old great dane, Bella, before work Monday afternoon. Bella was recently found by a local teacher in a 6-foot hole covered with ice, where she was trapped there for four nights before being reunited with Cooper.