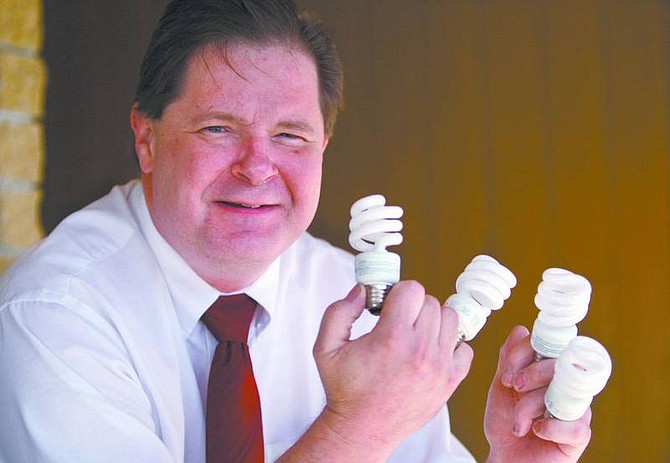 Cathleen Allison/Nevada Appeal Ray Hirschmugl is on a crusade to get every apartment complex in Carson City to switch to fluorescent light bulbs.