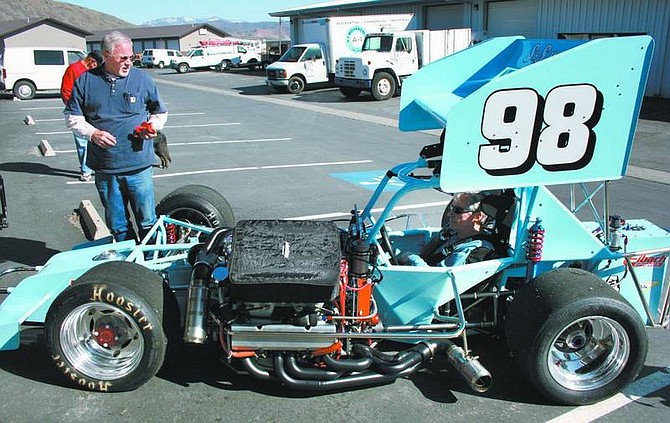 Rhonda Costa-Landers/Nevada Appeal Steve Shaw, in blue shirt at left, and Tom Silsby, sitting in racecar, owners of S&amp;S Motorsports, check out the No. 98 after firing off the engine Saturday in preparation for the 2008 Supermodified Racing Association season. Five teams from Northern Nevada will open their season April 5 at Madera Speedway in Madera, Calif.