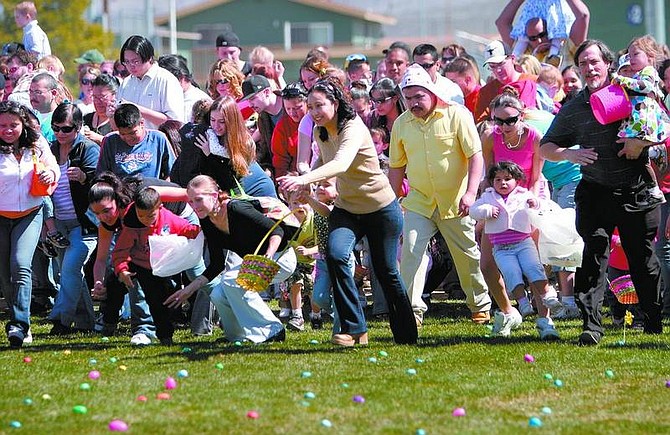 Amy Lisenbe/Nevada Appeal A large group of two and three year-olds and their parents dash from the starting line to hunt Easter eggs at Governor&#039;s Field Sunday afternoon.