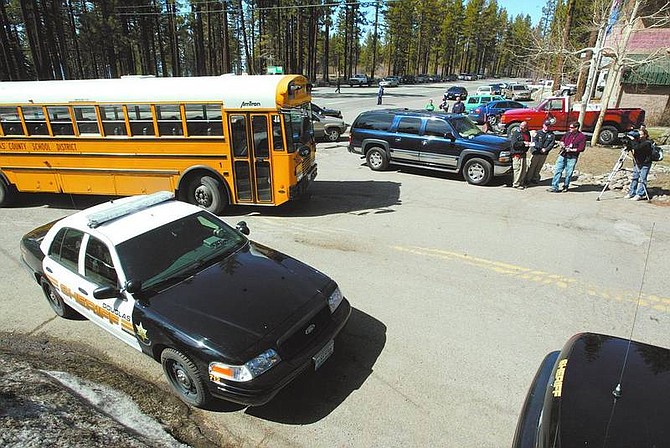 A Douglas County School District bus heads to Zephyr Cove Elementary School to pick-up students Thursday after ZCES and George Whittell High were on lockdown after a person was allegedly spotted in the woods near the schools. Photos by Dan Thrift / Nevada Appeal News Service