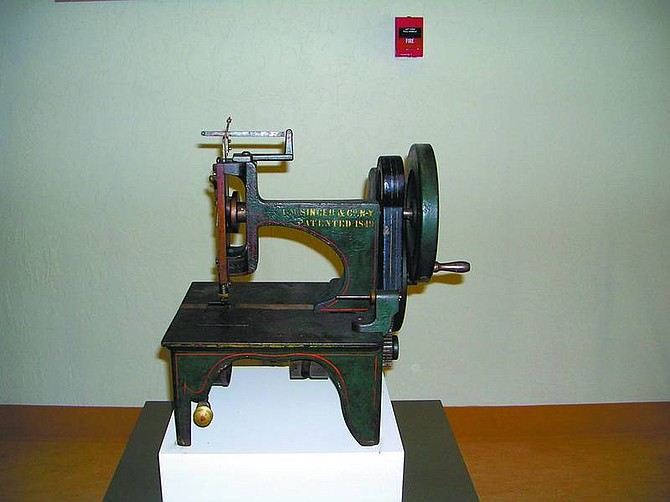 Courtesy Photo This photo shows a Singer sewing machine on exhibit at the Nevada State Museum. It was donated by a family in Washoe Valley in the 1990s.