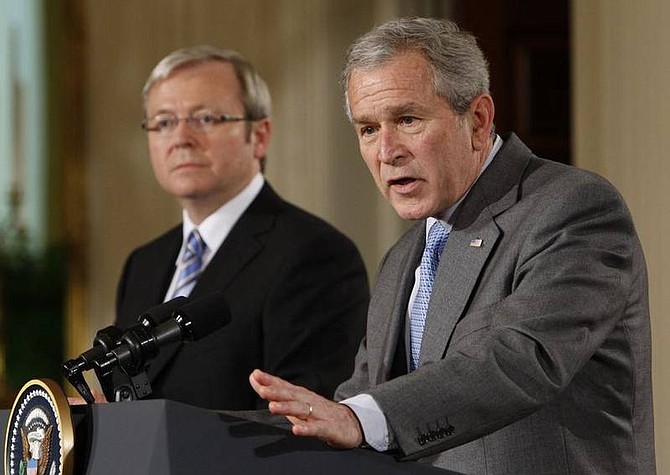 AP Photo/Ron EdmondsPresident Bush and Australian Prime Minister Kevin Rudd hold a joint news conference Friday in the East Room at the White House. Rudd took over in November on a pledge to pull Australia&#039;s 500 combat troops out of Iraq as soon as possible.