Group spreads awareness about the crime 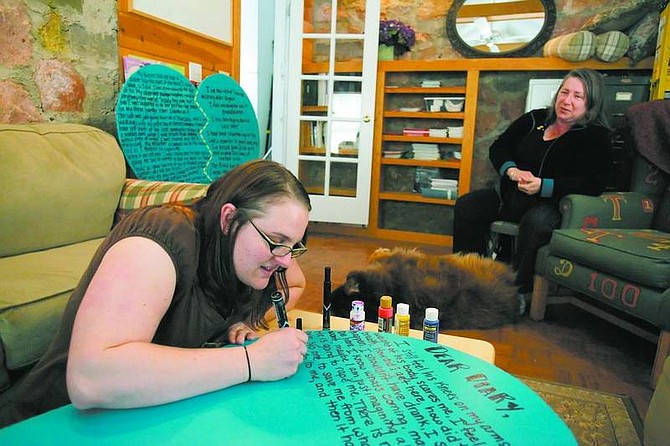 Brad Horn/Nevada AppealSarah Andrews writes the story of a woman who was sexually assaulted on a wooden teal heart while &quot;Marsha&quot; sits with her dog Rusty in the background, on Saturday. Marsha, whose name was changed to protect her identity, is the victim of a sexual assault that occurred 40 years ago.