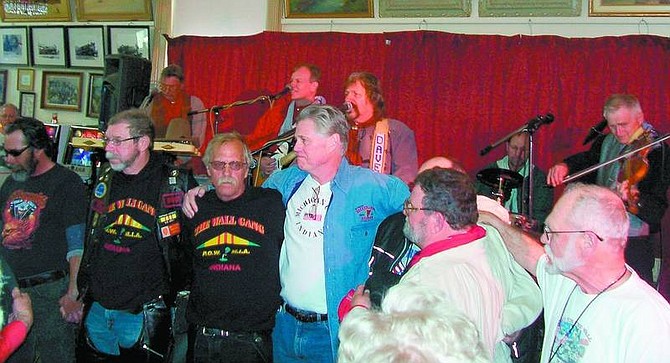 Karen Woodmansee/Nevada Appeal A group of Vietnam veterans were honored at the Bucket of Blood in Virginia City by David John and the Comstock Cowboys and their audience on Sunday.