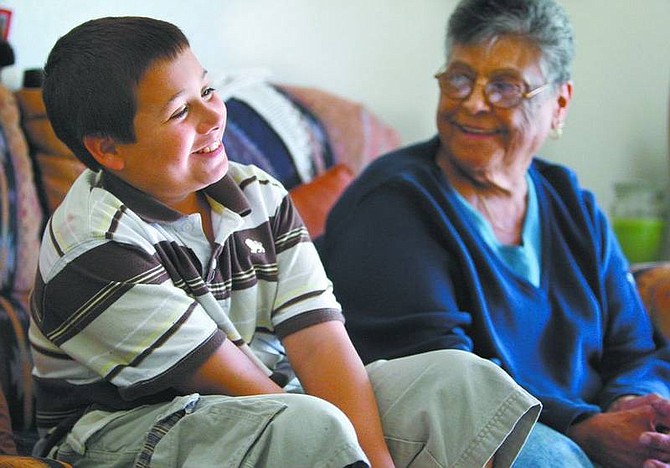 Cathleen Allison/Nevada AppealNery Pena talks about the day he saved his grandmother&#039;s life. Beverly Carson went into diabetic shock May 3 when she and Nery were home alone. He was honored as a hero by the Carson City Fire Department on Thursday.