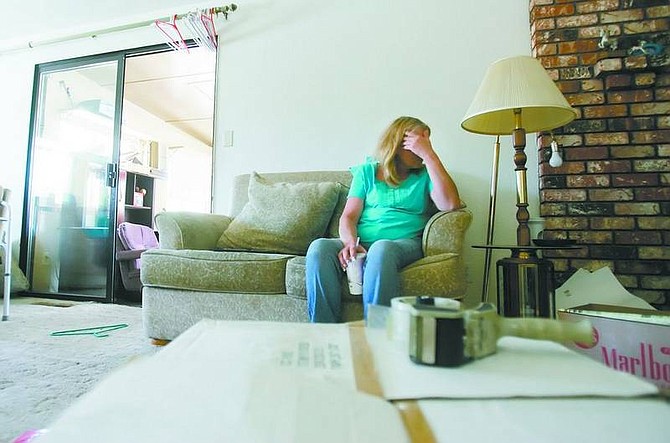 BRAD HORN/Nevada Appeal Kathy Brisby takes a break from packing at their east Carson City home on Friday afternoon. Lena Brisby, Kathy&#039;s mother, who has lived at the home for 20 years, has to be out by the end of the month.