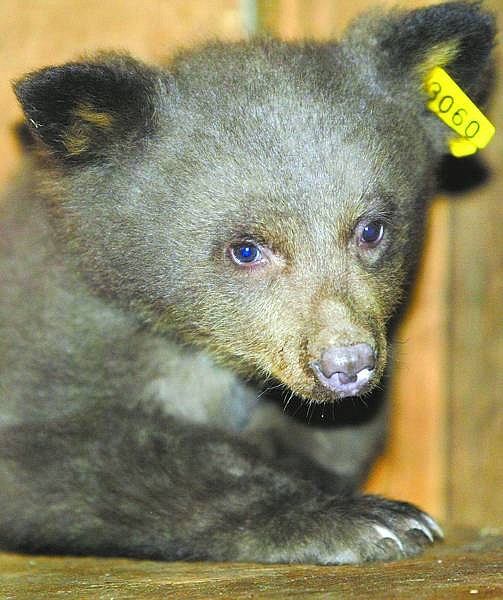 Dan Thrift / Tahoe Daily Tribune The newest client at Lake Tahoe Wildlife Care is a 4-month-old bear cub that was found in the Crane Flats area of Yosemite after its mother was hit by a car.