It's the H2O, stupid 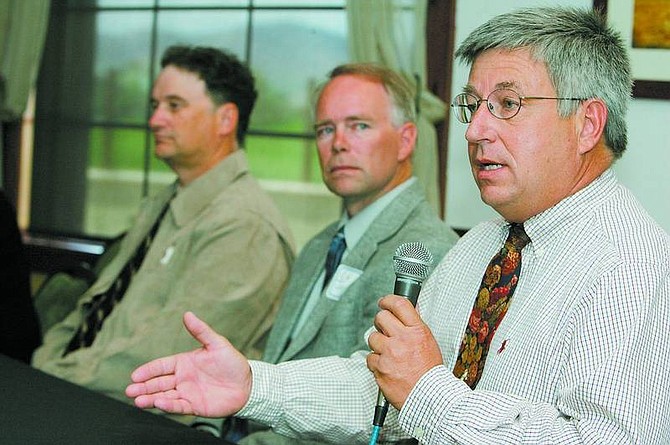 BRAD HORN/Nevada Appeal Mike Workman, Lyon County Utilities director, speaks during the Lyon County Economic &amp; Critical Issues Conference 2008 at Dayton Valley Golf and Country Club at Legado on Wednesday. BELOW: The route for the pipeline to tie together Carson City and Lyon County water systems as provided by Vidler Water Co. and recreated by the Nevada Appeal. More interties like this are being established elsewhere, as business and government must have sufficient water to grow.