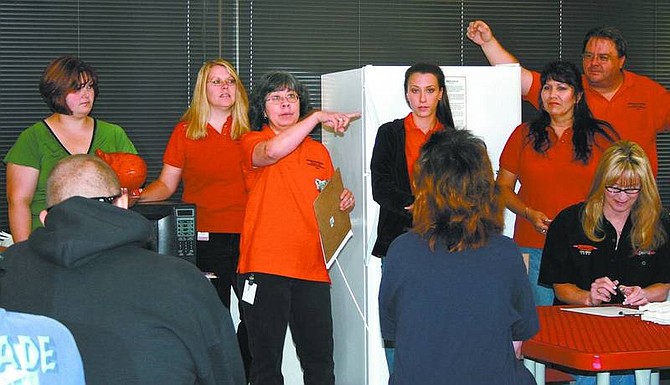 Rhonda Costa-Landers/Nevada Appeal Diane Swords, pointing, talks with associates at Snap-on Tools June 2 after presenting a $400 donation to Traci Trenoweth, at far left, of Advocates to End Domestic Violence. The company formed a community action team to organize fundraisers for local charities after its associates noticed cutbacks in non-profit funding.