Carson City man following in the footsteps of his uncle 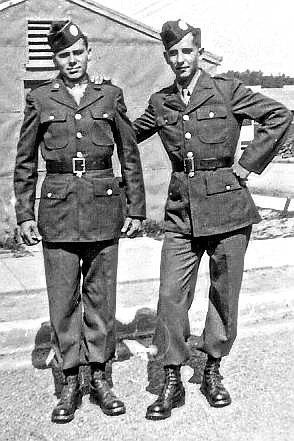 Courtesy photo Richard Daigle, right, is seen at parachute jump school in Toccoa, Ga. Of note, paratroopers tucked their pants in their boots.