Max Baer reflects on his fight to open Hillbillies casino 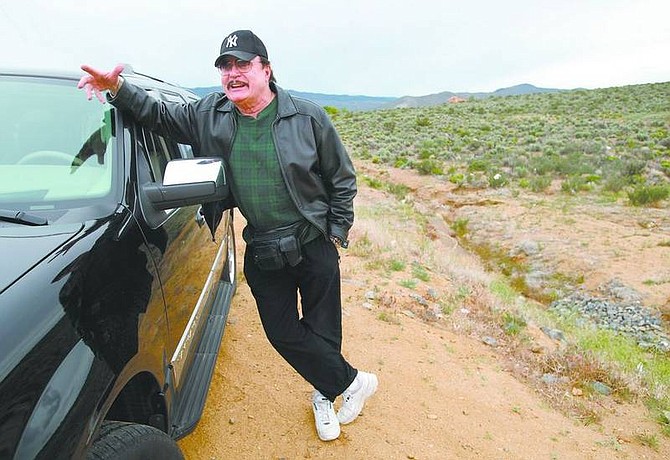 Cathleen Allison/Nevada Appeal Max Baer Jr. talks Tuesday about his plans to bring a Beverly Hillbillies-themed casino to Douglas County. The area behind Baer, just southeast of the Topsy Lane and Highway 395 intersection, is where he plans to build his $125 million Jethro Bodine&#039;s Beverly Hillbillies Mansion &amp; Casino.