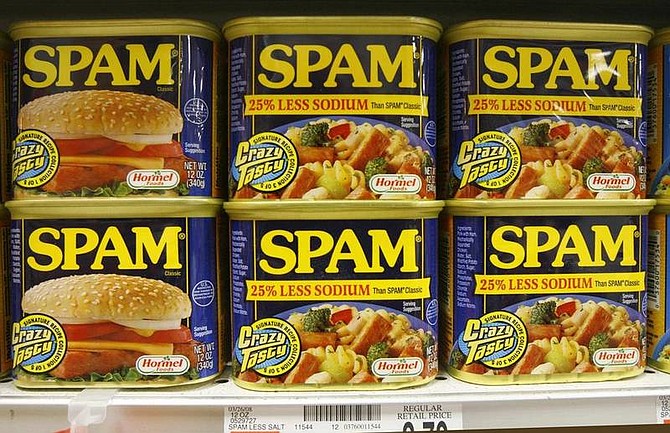 AP Photo/Toby TalbotCans of Spam line the shelves at a store in Berlin, Vt., Tuesday, May 27, 2008. Sales of Spam, that much maligned meat, are rising as consumers are turning more to lunch meats and other lower-cost foods as a way of stretching they&#039;re already stretched food budgets.