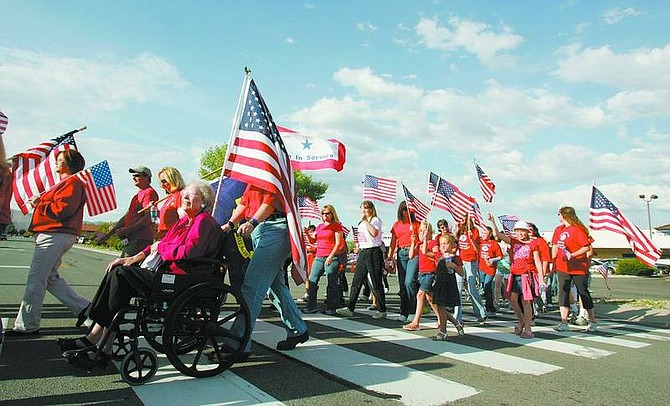 BRAD HORN/Nevada Appeal Jean Amos, in wheelchair, crosses Carson Street with a group honoring American service members on the anniversary of the death of Gardnerville native Chief Warrant Officer Joshua Rodgers. Amos, a resident of Carson City for 28 years, had a husband, grandfather, and son serve in the military.