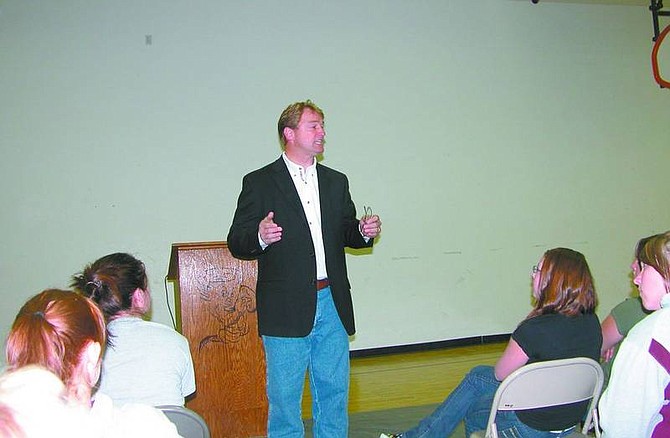 David Mirhadi/Nevada Appeal U.S. Rep. Dean Heller, R-Nevada, speaks to a leadership class at Dayton High School on Friday. As a Carson City resident, he told the students that he beat long odds to serve as rural Nevada&#039;s representative to Congress.