Scooter drivers also must obey the rules of the road 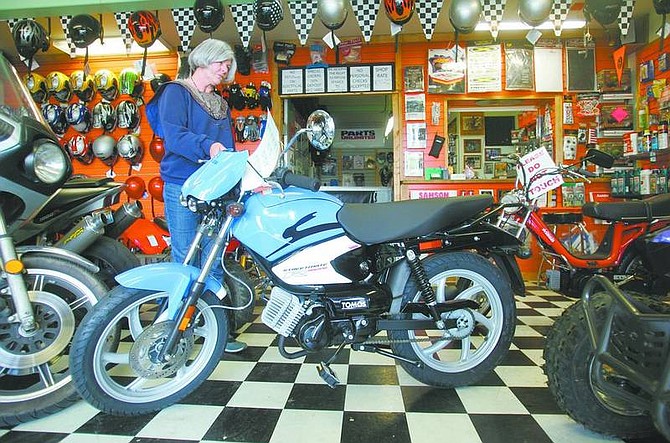 BRAD HORN/Nevada Appeal Diana Cranston, owner of DC Motor Sports, says that the Tomos Streetmate R is one of the more popular mopeds offered at her Carson City shop on Friday.