What is the oldest church in Carson City? 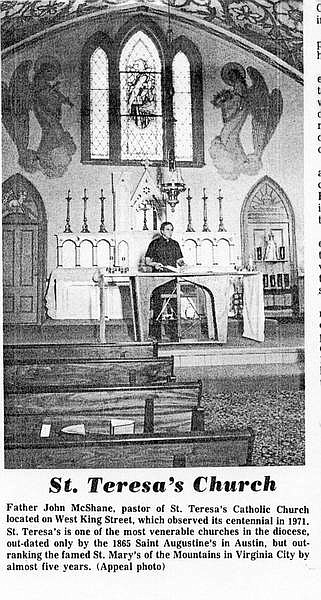 This photo, of Father John McShane seen inside St. Teresa&#039;s Catholic Church on West King Street, appeared in the Nevada Appeal on Aug. 10, 1975.