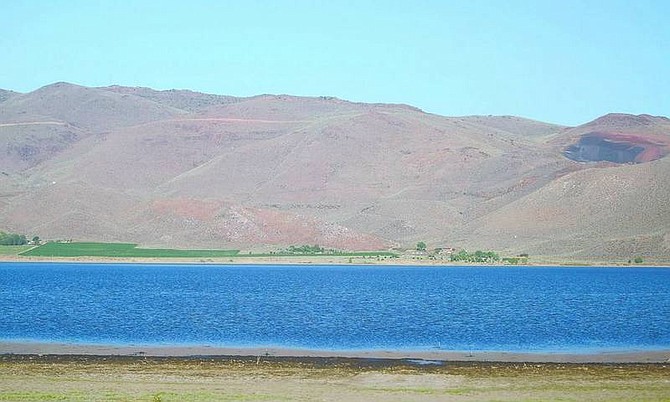 McClellan Peak, seen at the top left of the ridge, is the southernmost point of a proposed wind farm stretching north along the Virginia Range to Geiger summit.