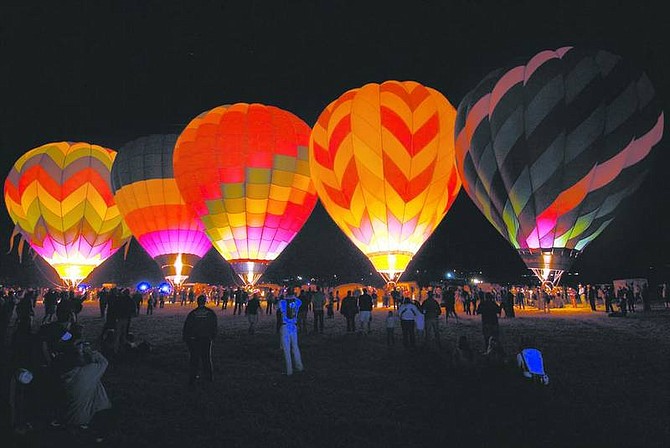 Kurt Kuznicki/Special to the appeal A large crowd turned out very early Saturday morning to view the Glow Show at the Great Reno Balloon Race.