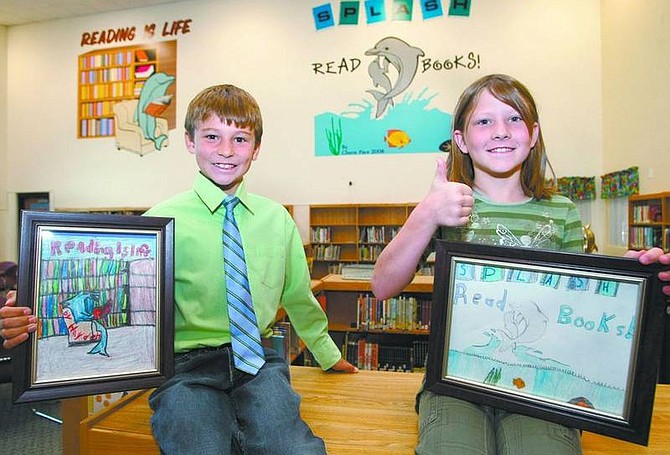 Cathleen Allison/Nevada AppealBordewich-Bray Elementary students Hayden Story, 8, and Cherie Pace, 10, show off their winning artwork at the library. More than 600 students participated in the contest to create reading-related art for the library walls and student votes determined the winners. During the summer break, Sign Pro transferred the drawings to walls.