Church offers a cup of joe " and Jesus 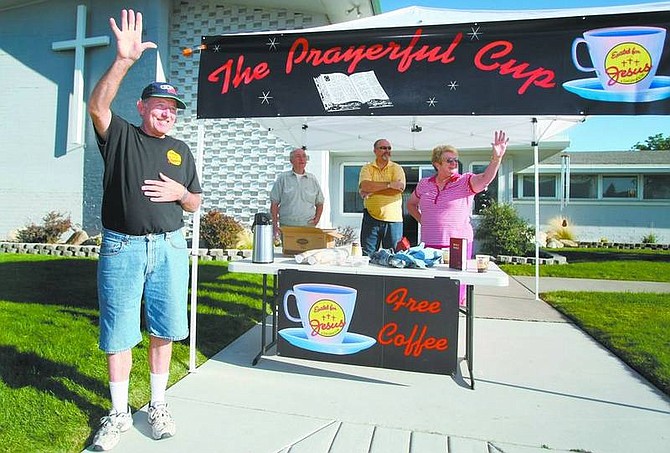 Cathleen Allison/Nevada AppealPastor Brett Metcalf waves to passing drivers in front of the Excited for Jesus church on Clear Creek Road on Tuesday morning. The church offers a free cup of coffee and prayers to anyone who stops. Volunteers, from left rear, are Tom Been, Larry Brewer and Sharron Brewer.