Student pilot takes to the skies 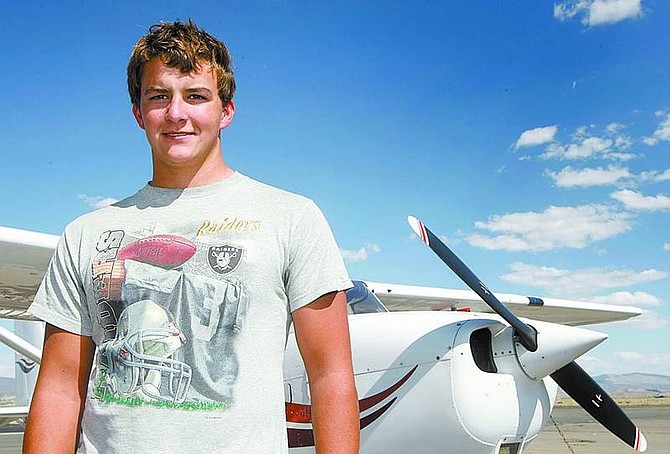 Shannon Litz/Nevada Appeal News ServiceSixteen-year-old John Patchell and the Cessna 172SP he flew on Sept. 7 at the Minden-Tahoe Airport.