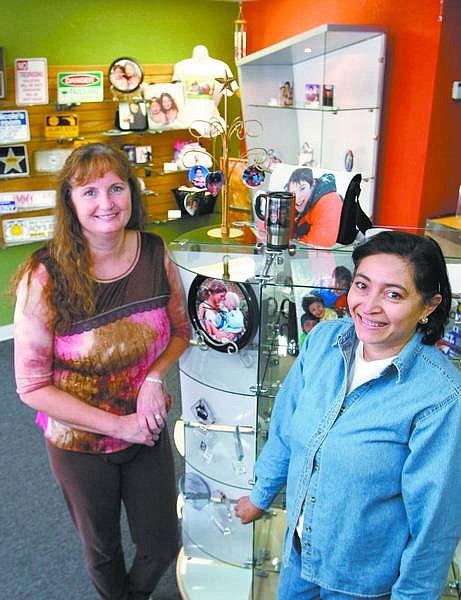 Cathleen Allison/Nevada Appeal Cathy Vairo, left, and Diana Smith are co-owners of ServiceFlags.com and have recently launched the National Award and Trophy Company.