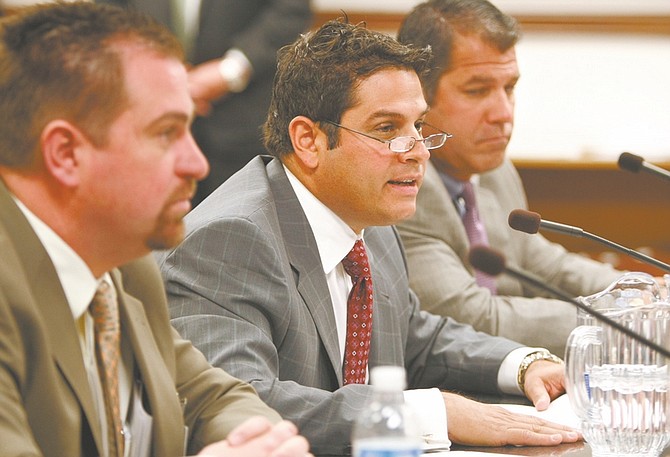 Lobbyists for bars, restaurants and casinos clashed Friday with public health advocates during a legislative hearing on a plan to ease terms of a voter-approved initiative that banned smoking in bars and other public places. From left, lobbyists Tom Clark, with Holland &amp; Hart, Steve Arcana with Golden Gaming and Sean HIggins with Herbst Gaming, were among the many who testified. (AP Photo/Nevada Appeal, Cathleen Allison)