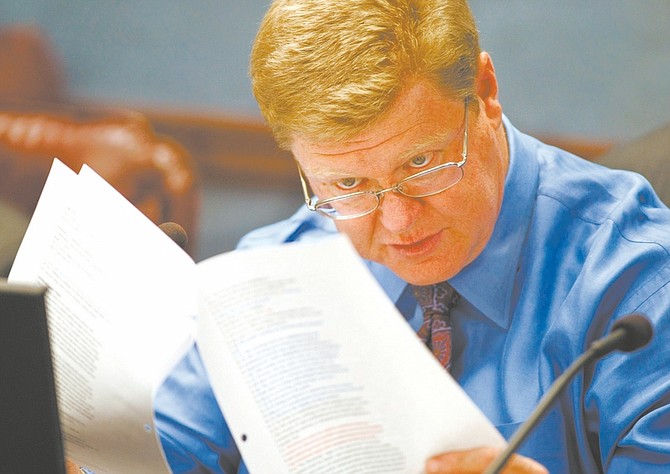 Nevada Sen. Mark Amodei, R-Carson City, tries to clarify the language in a bill modifying the terms of a voter-approved measure that banned smoking in many Nevada bars and other public places. Lawmakers approved the bill which softens the restrictions of the 2006 Nevada Clean indoor Air Act during a hearing Wednesday, April 8, 2009, at the Legislature in Carson City, Nev. (AP Photo/Nevada Appeal, Cathleen Allison)