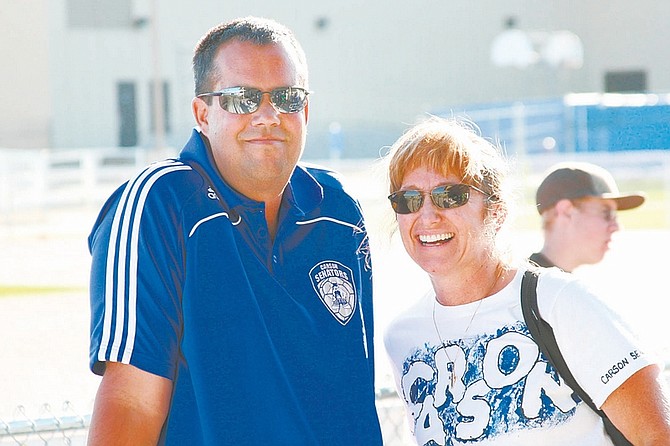 CourtesyJoe Briggs and his wife Patti. Joe is the tournament director for the Comstock Shootout.