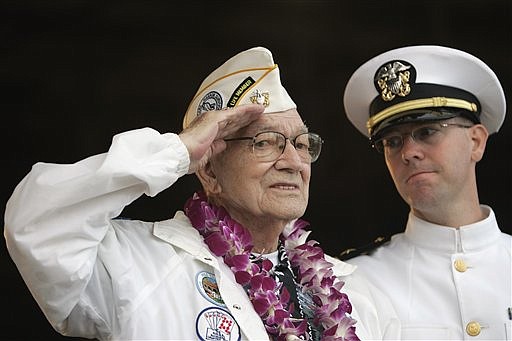 Pearl Harbor survivor Arthur G. Herriford, left, salutes while U.S. Navy Lt. Ben Abney looks on during the ceremony marking the 68th anniversary of the attack at Pearl Harbor, Monday, Dec. 7, 2009 at Pearl Harbor Naval Base in Honolulu. Herriford served aboard the USS Detroit during the surprise attack in 1941. AP Photo/Marco Garcia)