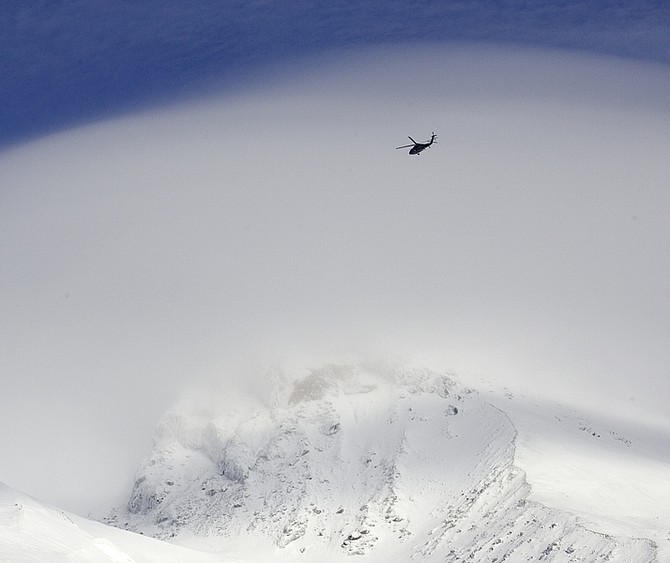 An Oregon National Guard Blackhawk helicopter flies over cloud-shrouded Mount Hood as the search for two missing climbers continues as seen from Timberline Lodge in Government Camp, Ore., Monday, Dec. 14, 2009. Weather conditions improved early in the day allowing searchers a window of opportunity to search for Anthony Vietti, 24, of Longview, Wash., and Katie Nolan, 29, of Portland, before a large winter storm blows in later in the day. (AP Photo/Don Ryan)