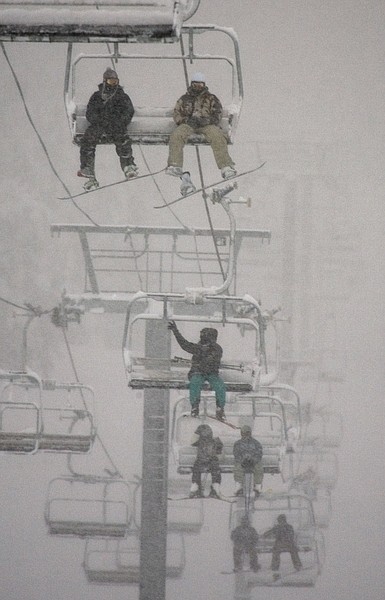 Skiers and snowboarders are obscured by blowing snow and ice as they ride the ski lift at Timberline Lodge in Government Camp, Ore., Tuesday, Dec. 15, 2009. Heavy overnight snowfall with more precipitation expected over the next few days is making search efforts for two missing climbers on Mount Hood difficult. The storm that hit the mountain late Monday was expected to dump up to two feet of new snow on the slopes where Anthony Vietti, 24, of Longview, Wash., and Katie Nolan, 29, of Portland have been missing since Friday. (AP Photo/Don Ryan)