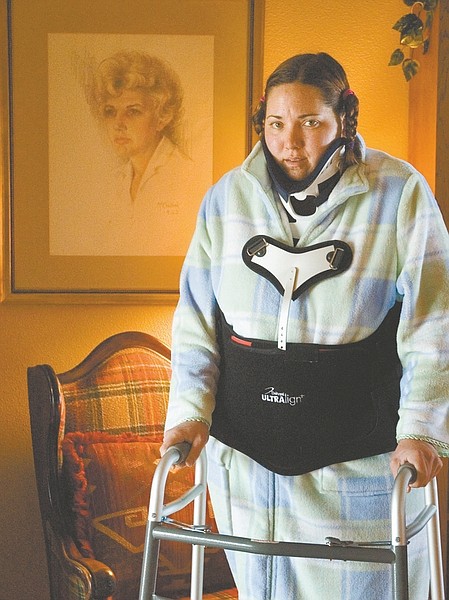 Stephanie Carroll Nevada Apeal News ServiceErica Behimer stands in front of her deceased grandmother&#039;s portrait. Behimer said she had visions of her grandmother, Janet Kirch, while waiting to be rescued after a car accident.