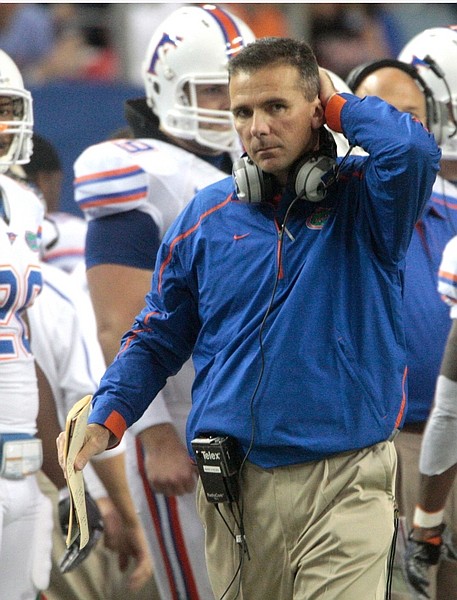 FILE - In this Dec. 5, 2009 file photo, Florida coach Urban Meyer is pictured during the Southeastern Conference championship NCAA college football game at the Georgia Dome in Atlanta. The Associated Press reports on Saturday, Dec. 26, 2009, that Meyer is stepping down as coach of the University of Florida football team. (AP Photo/Dave Martin, File)