EPA: Uranium from polluted mine in Nevada wells 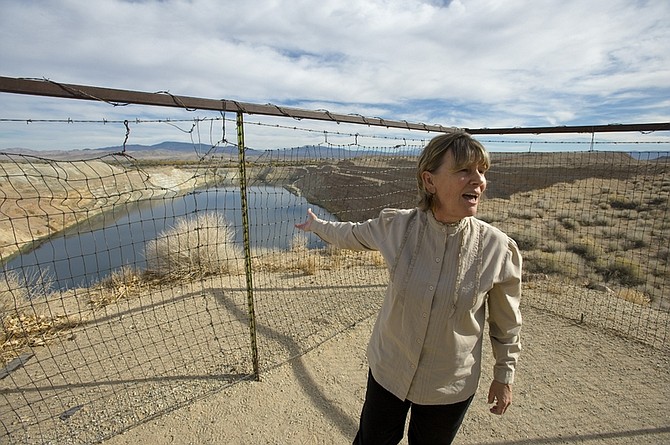 In this photo taken Oct. 26, 2009,Peggy Pauley who formed Yearington&#039;s first citizen advocacy group to address the water contamination from the former Anaconda copper mine site near Yearington, Nev., talks about attempts to make a recreation site out of the mine&#039;s pit. After decades of state and mine officials claiming that radiation and arsenic contamination in the local wells occurred naturally, scientists have mapped out a definitive uranium plume drifting from the mine site in the local groundwater. (AP Photo/Scott Sady)