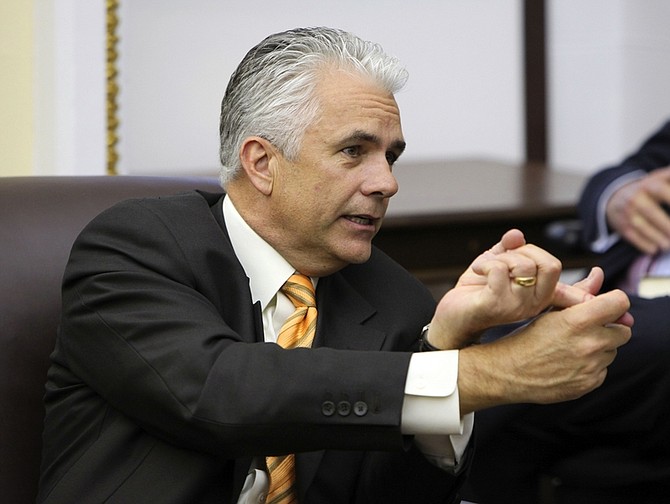 FILE - In this Jan. 28, 2009, file photo, Sen. John Ensign, R-Nev., speaks to reporters on Capitol Hill in Washington. Ensign admitted Tuesday, June 16, 2009, he had an extramarital affair with a member of his campaign staff. (AP Photo/Pablo Martinez Monsivais)