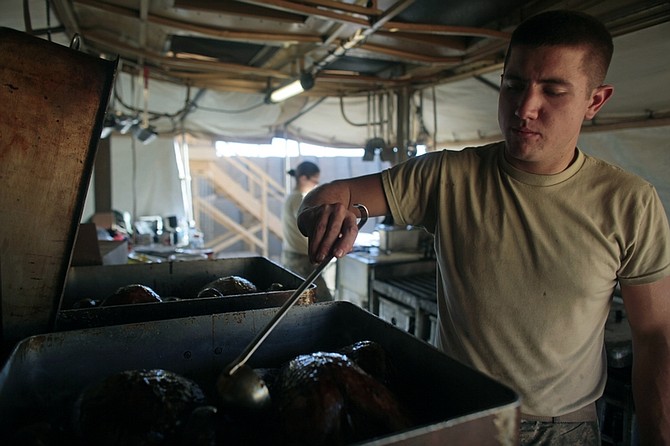 Spc. Seth Breesawitz of Springfield, Mo. head cook for the Able Troop 3-71 Cavalry Squadron, uses a ladle to baste his turkeys as he prepares Thanksgiving dinner for the troops at the Joint Combat Operations Post in the town of Baraki Barak district, Logar province, Afghanistan Thursday Nov. 26, 2009. (AP Photo/Dario Lopez-Mills)