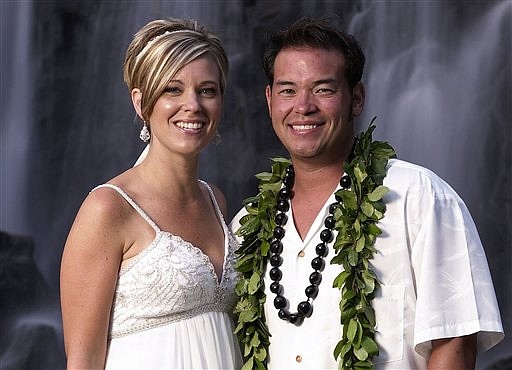 FILE-In this file publicity image released by TLC, reality TV stars, Jon Gosselin, right, and his wife Kate Gosselin, from the TLC series, &quot;Jon &amp; Kate Plus 8,&quot; are shown in Hawaii. Celebrity mom Kate Gosselin said Monday, Aug. 10, 2009, that she still wears her wedding ring for her eight children, but feels a lot of failure that the marriage is over. (AP Photo/TLC, Mark Arbeit) ** NO SALES **