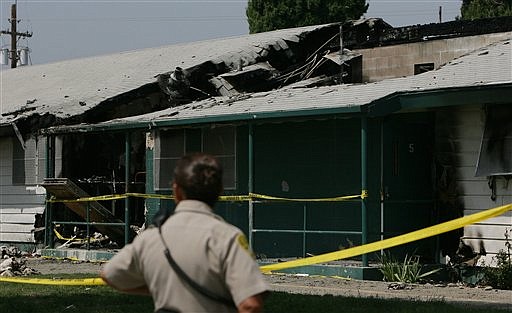 A correctional officer looks over the damage of a prison room destroyed from a riot last week at the California Institution for Men Wednesday, August 19, 2009 in Chino, Calif.. Gov. Arnold Schwarzenegger on Wednesday toured the Southern California prison where 175 inmates were injured in a riot earlier this month, likening the devasation to a scene from one of his movies. (AP Photo/The Press-Enterprise, Stan Lim) ** NO SALES; MAGS OUT; MANDATORY CREDIT **