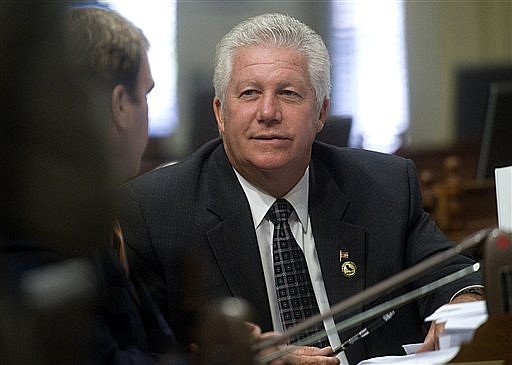 Assemblyman Mike Duvall, R-Yorba Linda, sits at his desk in the Assembly chambers on Wednesday, Sept. 9, 2009. Assembly Speaker Karen Bass today stripped Duvall, of his spot as vice-chair of the Assembly Utilities and Commerce Committee following reports of a long term affair he has carried on with a female utility company lobbyist. (AP Photo/Hector Amezcua, The Sacramento Bee)