Nation marks 9/11 with acts of volunteerism 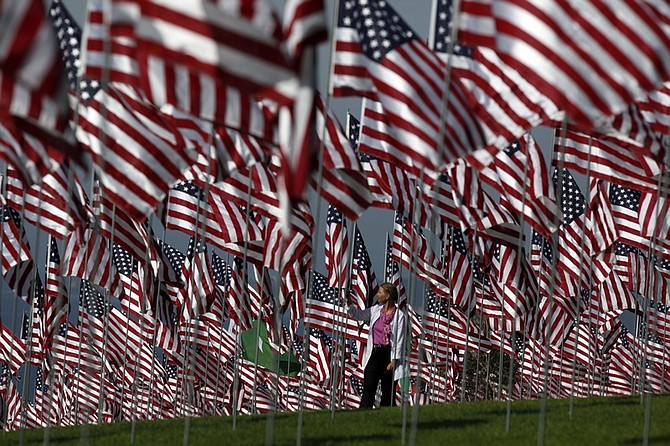 Marnie Mitze, from Pepperdine University, walks among thousands of American flags at a memorial honoring the victims of the Sept. 11, 2001 terrorist attacks, set by volunteers at the campus lawn in Malibu, Calif. on Friday, Sept. 11, 2009. One flag for each of the nearly 3,000 lives lost on that tragic day. The installation of the flags be on display Sept. 11 to 18. (AP Photo/Damian Dovarganes)