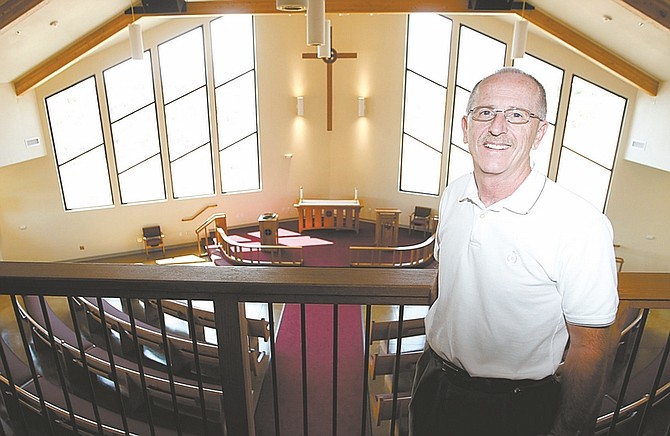 Shannon Litz/Nevada Appeal News ServicePastor Norm Milz at Shepherd of the Sierra Lutheran Church poses inside the sanctuary of the new church Sept. 3.